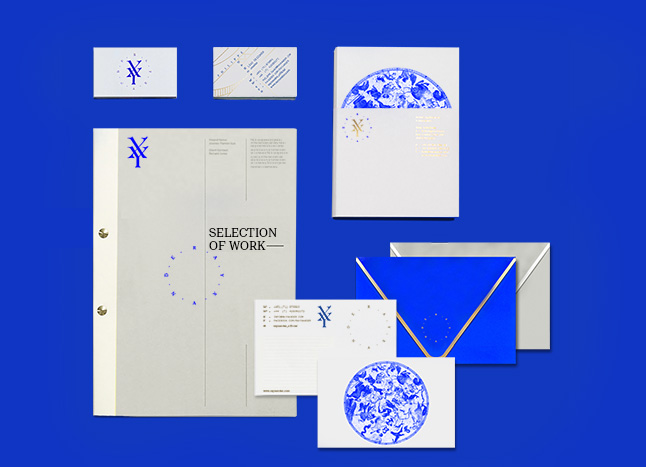 Brand identity for RAYXANDER a multidisciplinary design studio fascinated by creation, mutation, and evolution in its design process, London–2015.

RAYXANDER’s story is told through its mark; the letters “X” and “Y” come together to form a starting point where time and space are flattened  forming a platform for new creations inspired by the rebirth process, the geometry that makes life, the forms created by patterns of movement and its unpredictable outcome.

All these elements are also translated in the identity forming a design scheme composed of a number of core elements such as the mapping graphics with medieval visual queues highlighting the “journey” concept  from the time Copernicus imagined a heliocentric world with the sun-RAY at the centre. The sun, is the point of origin for all of its creations.